Today, 22nd April 2022, is the fifth Stephen Lawrence Day, since its introduction following the tireless advocacy of his parents, Neville Lawrence and Baroness Doreen Lawrence.

As a young person who was recently introduced to the details of the murder of Stephen Lawrence, it saddens me that when I Google searched his name the first few articles that popped up reduced him to a mere statistic – a black teenager who was murdered in a racist attack. It is obvious that he was so much more than that.

I think a lot of the time when recounting those who lost their lives in terrible circumstances, we tend to gloss over who they were as people and the lives they lived. After a while, we stop seeing those involved as individual innocents and merely another example of the extent of the institutionalised racism in the country. It pains me to see people be reduced to being another case to add to the long list of names of those killed in racial atrocities.

Let us celebrate the life he did live, and the many accomplishments that his mother, Baroness Lawrence, has completed since that fateful day.  Like how she successfully campaigned for police reform and the elimination of double jeopardy (the principle that stopped suspects from being tried twice for the same crime). After founding the Stephen Lawrence Trust and opening the £10 million Stephen Lawrence Centre, in 2018 she achieved the ultimate goal of convincing the Prime Minister to introduce a day every year to commemorate the life of her son. The strength of Baroness Doreen Lawrence is extremely admirable and makes you ponder how much Stephen would have also achieved if he was alive today.

Instead of this day being full of sorrow, I would like to instead celebrate Stephen Lawrence’s life and look forward to the impact his family’s legacy will have on future generations, on my generation and on me. 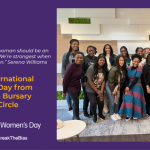 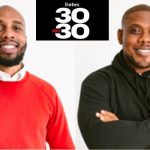 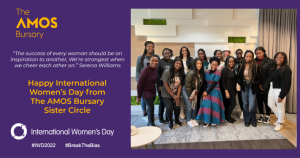 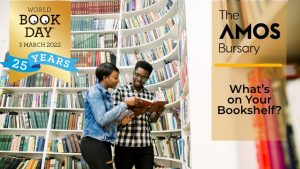 What’s on Your Bookshelf?

Season’s Greetings From The AMOS Bursary 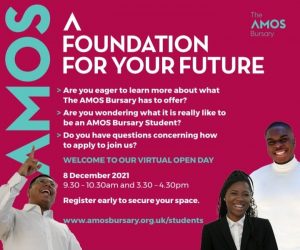